One of the main reason why we root our phones is to be able to install apps that require super user access. These root requiring apps have additional features that other normal apps do not have. They can back up your entire phone along with your apps and app data, record your phone screenshots as a video and do different things that other apps are not capable of doing.

The Play Store has many of those apps which are specially made with rooted phones in mind. If you have rooted your phone and are looking for some awesome free apps then you will love this list.

Here is a list of awesome 7 free apps for rooted android phones and devices:

This is the most popular and the most powerful backup app available to Android users with root access. Available in free and pro versions, this backup tool creates a complete backup of your apps, their app data along with other external files and SMS present in your phone. The free version is good enough for us. You can easily restore your phone to a state that it previously in. You will be freezing your phone and restoring it later if you require it. This is a great app if you are into resetting your phone, flashing it with new ROMs and trying out new builds of Android.

Titanium backup also allows you to sync to backup services such as Dropbox, Google Drive and Box. Restoring is quite easy as you will never be losing your backups when you sync them to the cloud. You can restore individual apps as well which makes it that much better. Titanium backup is the best backup app. Simply put, it is the best app for rooted Android devices.

Market Helper is a great app if you want to install restricted apps to your phone. Certain apps are not allowed to be installed in your phone because the developer has set country, hardware or carrier restrictions. For example you might not able to install Microsoft OneNote because your country is not supported yet. In such cases if you really want to install such apps and you are sure that they will run on your phone just fine then you will need Market Helper.

Market Helper will allow you to change different information that is shared to the developers via the Play Store. You can change the model of your phone, your carrier and even your country. That means you will be able to access those restricted apps without any problem. Remember that those apps can only be run by your phone if your hardware supports it.

One of the benefits of having rooted your phone is to be able to control the frequency of your CPU and GPU. These allow you to increase the speed or decrease it to reduce the battery usage when possible. To do that you will need an app called “No-frills CPU Control”.

This is a great app supporting a wide array of phones. Easily overclock your CPU and GPU to get to a speed that is required to make your phone operate smoothly with resource demanding apps. When you are not using such apps or games you can slow down the CPU to save some juice for extended battery life.

Greenify is a root app to help you save your battery and phone resources. With this app, you will be restricting the system resources to resource hungry apps that stay in the background consuming juice and memory. Put those into order and hibernate them so that your phone becomes smoother and your battery lasts longer.

You will have advanced controls to activate or deactivate background apps and tasks. You will also have explicit control to push messages and widget updates. This app works much better than task killers because with task killers, the apps which are shut down once tends to launch again silently in the background.

One of the benefits of rooting Android devices is that you will be able to remove those apps that come installed with your phone. To remove those pre-installed and uninstallable apps or bloatware, you will have to use this free app called Uninstall Master.

With Uninstall Master, you will have the features to uninstall all those apps which otherwise cannot be removed from your phone. Those stock applications can be easily removed with a few click and taps in this simple uninstalling app. You can also freeze and unfreeze apps and share them with Bluetooth.

Samba Filesharing for Android makes your phone displayed as a shared folder in your Windows PC. You rooted phone must be connected to the same WiFi network as your computer and files can be easily shared to all the computers present in the same network. Copy, paste and move files with ease. When you install this app, you won’t need a usb cable to connect your phone and your PC. When you delete photos, videos and other files from your phones gallery or file manager, they are directly removed from the device. There is no recycle bin or anything similar in Android that gives you a second chance to restore deleted files. So what do you do when you have a rooted phone and you want a file undeleted?

There is an app for that. It is called DiskDigger and this app will scan your external sd card as well as internal memory for deleted files. With this tool, you will be able to recover deleted files that you accidentally deleted or that you lost while formatting your phone. 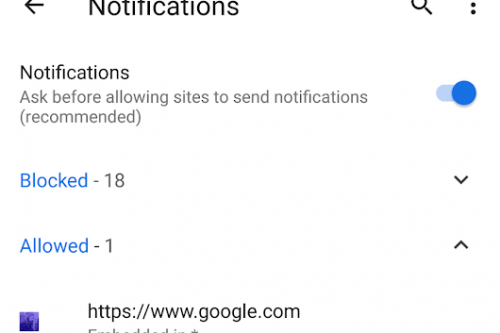